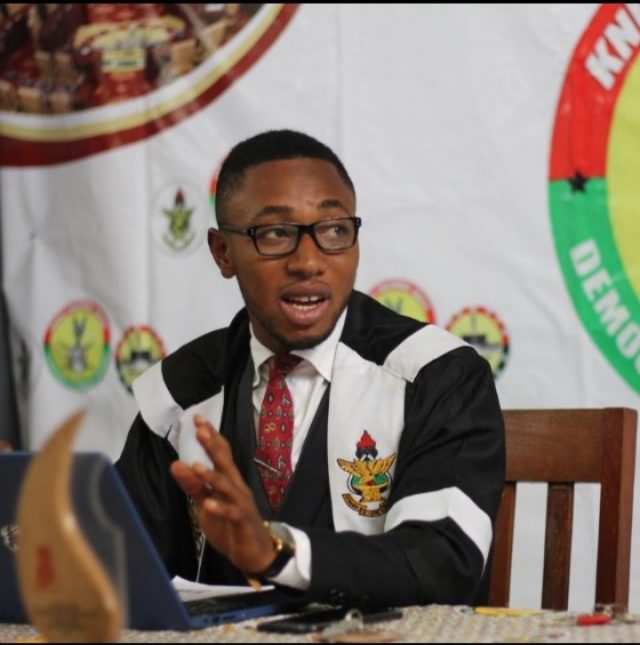 The Speaker of the KNUST Students’ Parliament House (KSPH), Rt. Hon. Robert Kumi Adu-Gyamfi has described as unfortunate, the way in which the SRC president, Mr Adu Baah Charles, commonly known as ABC, handled himself on social media when he engaged some students.

The SRC president was reacting to some allegations grounded against his administration by the Hub, a media outlet for spending an amount of GH¢40,000 on a bus stop project. The KNUST SRC public relations officer, Mr Richard Amoh in a tweet yesterday declared that the construction of a bus terminal at the Casley Hayford building was nearing completion.

“Hello students of @KNUSTGH, the @knust_src Bus Stop approaches completion. Anticipate a level of convenience and relaxation at the Casely Hayford Building (EHC), when school resumes, while waiting for your shuttles. Cheers!” The tweet read.

After the Hub tweeted that the project cost around GH¢40,000, some sections of students, replied to exhibit their disbelief and to register their dissatisfaction to the manner in which the SRC was spending their dues.

In his quest to respond to these claims by the Hub, a media house established on KNUST campus, the SRC President via his Twitter account wrote, “Ei…what a lie. Wei nso for her fa. Ah well. They would do anything for attention. Get your facts right and come again.”

In what followed after some students asserted their concern, the SRC president insulted the media house and instructed one student to go to the development office after he had demanded to know how much the project cost. He also asked one student to run for the office of the SRC President if he thinks he can do better.

In an interview with Success Africa, the Speaker of the 13th Parliament of KSPH called out the SRC president and described his actions as incompatible and unfortunate.

“In the first place, in his capacity as the SRC President, he shouldn’t have insulted on a platform like Twitter. That spells disgrace to the entire university. Imagine the VC or Dean insulting on a social media platform. So for someone like him, as our representative of all students, someone who’s a member of the university’s council, to engage in such an unfortunate act, is very unhealthy.” The speaker said.

Rt. Hon Adu-Gyamfi continued, “I believe that if he wanted to debunk the reports by the Hub, the best way was probably to present the exact figure. He represents students so the students have every right to question him on what their monies are used for. Thus, to direct a student to the development office was unprofessional and disgraceful.

He further stated that when people assume the highest office of the university, they must bear in mind that they are there to do the bidding of the students and thus must expect to be praised and criticized when due. “What he did was very wrong. I am deeply saddened and I ask him to, as a matter of urgency, render an unqualified apology to the whole university community.

The speaker is not the only one who has expressed his dissatisfaction at the manner in which Mr ABC handled himself as most students are equally calling on him to apologize and to present the expenditure on the project.

See pictures of the tweets below: 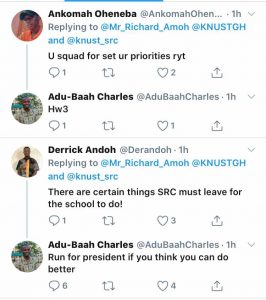 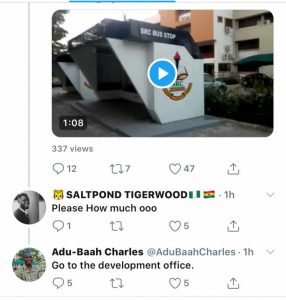 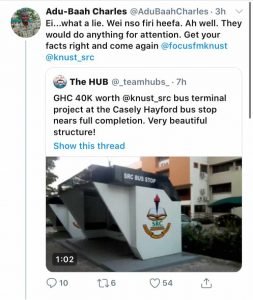 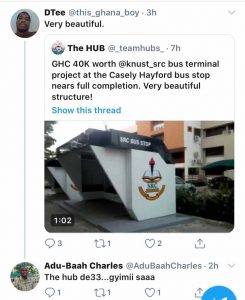