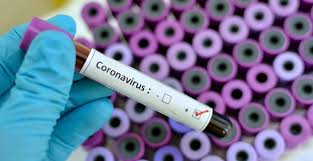 The Covid-19 carrier who escaped mandatory quarantine within the Upper West Region has been re-captured.

The 46-year-old Nigerian, Okafor Chikodi, fled when doctors within the region asked him to self-isolate after he tested positive for the virus.

Rafiq Salaam explained on Joy FM‘s Top Story that Mr Chikodi is currently being held at the Burns Unit of the Upper West Regional Hospital, which has been changed into an isolation centre.

Chikodi Okafor being escorted back into quarantine
The Commander of the Ghana Police Service, DCOP Francais Aboagye Nyarko told JoyNews after authorities learnt of Chikodi’s escape messages were sent across various teams about the incident.

He said that a subsequent tip-off led to the arrest of Okafor Chikodi.

“Yesterday around 10 pm, an informant called me and said he will assist us to locate him,” he said. “This morning the informant did a really good job and he really assisted the police to locate the patient.”

DCOP Aboagye Nyarko further said that the patient had relocated from his home to his friend’s somewhere around Wa Polytechnic.

About 7 persons who had inherit contact with Chikodi while he was on the run have also been brought in by the Regional Health Directorate for observation and possible testing.

The Upper West Regional Health Director, Dr Osei Kuffour Afreh is certian that Chikodi is back in isolation.

He is, however, calling for suitable accommodation for the isolation of COVID-19 patients within the region.

“We are using one among our main wards for this purpose which ward carries less than 10 beds,” he says. He told Joy News that both confirmed COVID-19 patients and people awaiting testing or test results are being kept within the same space. “It is depleting our space,” he said.

He warned that if the amount of cases within the region increases, the hospital won’t be ready to hold all of them.