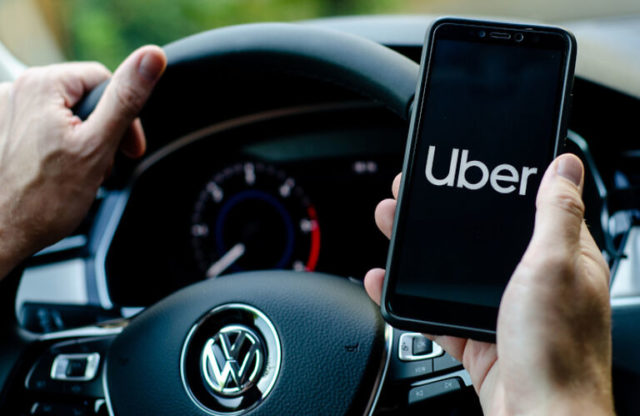 Uber is being sued by 550 women passengers across the U.S. who have alleged they were assaulted by drivers on the platform.

They are seeking damages and demanding a jury trial for a laundry list of claims, including negligence around hiring and supervising drivers and liability for everything from the attacks to product design flaws.

The lawsuit comes only a few days after the Uber Files, a trove of 124,000 documents — including internal emails and text messages between executives and politicians — was leaked by former Uber lobbyist Mark McCann. The files, which reveal the inner workings of Uber from 2013 to 2017, detail a history of lawbreaking, lobbying and exploiting driver safety.

Last month, Uber released its second U.S. Safety Report, which showed there were 998 sexual assault incidents, including 141 rape reports, in 2020 alone. Between 2019 and 2020, Uber received 3,824 reports of the five most severe categories of sexual assault. Uber’s first safety report, which details incidents from 2017 to 2018, found nearly 6,000 reports pertaining to sexual assault.

The lawsuit against the company claims that Uber has been intentionally concealing the fact that Uber drivers had been regularly sexually assaulting women since at least 2014 and “instead represented that Uber was a safe mode of transportation.” It also accuses Uber of actively giving sexual predators a platform to find and assault women, without conducting proper background checks on the drivers or providing adequate safety measures for riders. In addition, the complaint accuses Uber of benefitting monetarily from rides where women were sexually assaulted.

“Uber’s whole business model is predicated on giving people a safe ride home, but rider safety was never their concern – growth was, at the expense of their passengers’ safety,” said Adam Slater, founding partner of Slater Slater Schulman, in a statement. “While the company has acknowledged this crisis of sexual assault in recent years, its actual response has been slow and inadequate, with horrific consequences.”

While 550 women in the U.S. have come forward to join Slater Slater Schulman’s class action suit, the law firm is actively investigating 150 more. And this is just in the U.S.

One of the frightening tidbits revealed in the Uber Files details the company’s strategy for dealing with assault in at least one case abroad. When an Uber driver raped a 25-year-old passenger in Delhi in 2014, the company decided to “shift blame to flawed Indian background checks.”

Wednesday’s lawsuit details claims from at least five women who were victims of sexual predators driving for Uber between 2021 and 2022. The complaint accuses Uber of being fixated on getting new drivers onboarded as quickly as possible to fuel growth, which led to shoddy background checks.

“For example, former CEO Travis Kalanick intentionally opted to hire drivers without fingerprinting them or running their information through FBI databases, and Uber’s current CEO Dara Khosrowshahi continued this policy after he took over in August 2017,” reads a statement from the plaintiff’s lawyers.

The lawyers on the case say that Uber has a longstanding policy of not reporting any criminal activity to law enforcement. Despite multiple other lawsuits brought against the company by women alleging sexual assault by drivers — including one in 2018 that Uber settled — the company has held firm that its drivers are contractors, not employees, and that it isn’t responsible for their behavior. Uber has not installed video cameras in cars to deter misconduct, and it has maintained a “three strikes” policy for drivers, which served to keep predators at the wheel even after serious complaints, according to the law firm bringing the complaint against Uber.

“There is so much more that Uber can be doing to protect riders: adding cameras to deter assaults, performing more robust background checks on drivers, creating a warning system when drivers don’t stay on a path to a destination,” said Slater. “But the company refuses to, and that’s why my firm has 550 clients with claims against Uber and we’re investigating at least 150 more. Acknowledging the problem through safety reports is not enough. It is well past time for Uber to take concrete actions to protect its customers.”

For its part, Uber has released a number of safety features over the past few years, including an emergency assistance button, a feature that records audio in the vehicle, the ability to share location with a loved one and a feature that detects when a trip ends unexpectedly before reaching the final destination or when a driver goes off course.

“Sexual assault is a horrific crime and we take every single report seriously,” an Uber spokesperson told TechCrunch. “There is nothing more important than safety, which is why Uber has built new safety features, established survivor-centric policies, and been more transparent about serious incidents. While we can’t comment on pending litigation, we will continue to keep safety at the heart of our work.”

AdSense Ads Not Showing: Common Reasons Why & What to Do About It

Nearly half of Gen Z is using TikTok and Instagram for search instead of Google, according to Google’s own data

AdSense Ads Not Showing: Common Reasons Why & What to Do...

Nearly half of Gen Z is using TikTok and Instagram for...