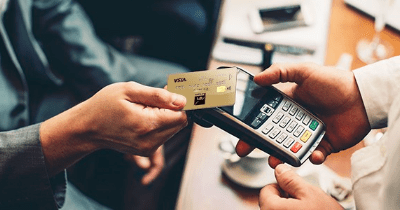 A big alliance blew up in my face in the early days of my company. Whole Foods had our company packed. This was a big success, not just because of the shipment, but also because our water flew off their shelves. But then I got the call: “We’re discontinuing you.” Coke, who was joining the water market, was bumped in. They had been going to our hard-earned shelf room.

And Whole Foods came around again when Pepsi discontinued their drug. I had to make a hard decision: do I burn this bridge, or do I have faith in them and give it another go? I ended up doing the latter and it was one of my best decisions ever.

In business this sort of story is growing. You think someone has your back or gives you helpful advice, and then — boom — you are running for the fire extinguisher because things have just exploded. It’s not easy to find out who inside the inner circle will be allowed.

Below are some of my top gauging tips when you can trust somebody in the business.

1. You’ve got proof that their beliefs match with yours.

I sold my product down to Coke back in 2006. We struggled with the large-scale distribution of Hint so I reached out to an executive at the company. His reply? “The rest of the world just likes sugar. Everybody needs to feel good. Sweetie, Americans like sweet. “I learned a lesson even if it was enraging: When the principles do not match, move on. If I sell water without preservatives or artificial additives, why should I partner with Coke? Or whoever doesn’t respect healthy living, for that matter?

According to a survey from Reward Gateway employee engagement network, 98 percent of employers and 94 percent of workers agree that aligning with a company’s mission is important to them.

This is also perfect for the company to collaborate with someone who shares your beliefs. 52 percent of millennials and 48 percent of Gen-Xers say it’s crucial that their values match with the brands they want, according to Euclid, a data network for offline attribution and store-visit retargeting.

To begin with, you should know your values just like the back of your hand. Then do your research: Does the person or organization that you choose to work with or partner have a track record of making business decisions that suit your own? Have they testimonials or evidence indicating that they deliver on their promises? Another saying: Someone carrying out their mission statement would value your question because it shows you really care about what you are doing.

2. They’re keen on your brand.

One “a moment” that I had early on was when I learned other businesses were selling drinks, but I was totally selling something else: a healthier lifestyle. At first, I figured that meant that I had to recruit highly experienced beverage industry people exclusively, but they turned out to be some of our worst hires. They used to sit in their lane and not out of the box to think.

I wanted to hire people from out of business areas. We got our team a full time nutritionist. I decided to connect for people who were living and breathing life.

That’s how Hint attracted musician John Legend to make an investment in the company. He has long been a safe lifestyle advocate. His job requires him to stay in good shape while filming or performing, and to set an example for his family too. Since he’s still on the track, staying hydrated is a top priority. And when, a decade ago, he saw our company in Starbucks shelves, he thought our brand was a good fit. But he did not only want to spend to make a profit; he lived our philosophy. While he’s playing he holds a bottle next to the piano.

3. Your gut tells you to have your back on this guy.

I know it can sound flippant or glib to encourage someone to “go with their heart,” but trusting your intuition is a way to navigate the research-backed universe. It’s one of the crucial lessons I learned early on when I started my company, after ignoring the red flags.

And according to Harvard Business School study, the experience relies on both empirical and subjective knowledge already available. Intuition is based on your knowledge of your environment and the experience you have gained. You have a highly honed Spidey-sense that warns you when something (or somebody) “feels wrong.”

Evidence shows that overthinking will hinder our ability to take decisions. As the Washington Post noted, a recent paper published in the Journal of Behavioral and Experimental Economics found that people who “second-guess themselves make far worse choices than those who stick to their intuition.” Essentially, if you don’t have enough details to go on when it comes to a possible business partner or contract, listen to your gut. It is one of the most strong instruments you’ve got.